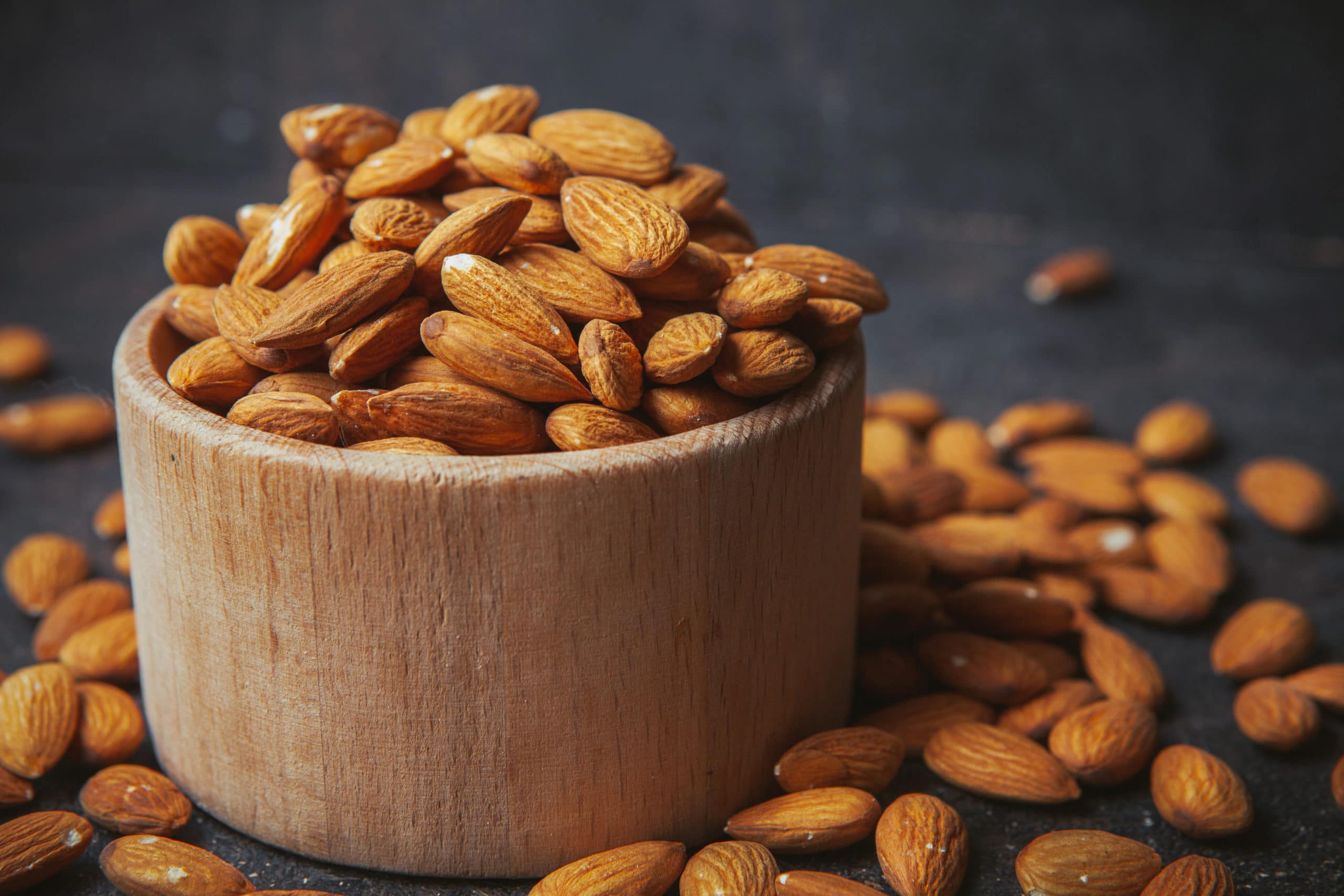 Almond cultivation and its history

Almonds have been cultivated since 4000 BC, and are believed to be native to Central and Southwest Asia, although its origin remains unknown. Throughout history, these nuts have had great religious and cultural significance.

Almonds also held a special place in the hearts of the Romans, as they showered the newlyweds with nuts as a blessing of fertility, and there are records indicating that they were a highly valued ingredient among the Egyptian pharaohs.

Today, some Americans serve local almonds at weddings, as a symbol of children, happiness, romance, good health and wealth. In Sweden, almonds are hidden in a cinnamon-flavored rice pudding at Christmas to bring next year’s luck to those who find them.

It is assumed that it was eaten by explorers traveling on the Silk Road between Asia and the Mediterranean Sea, as it was not long before it took root and flourished, especially in  Spain and Italy.      Today, we often associate walnuts with California, although it was not actually introduced there until the mid-1700s when they were brought from Spain by the Franciscans Padres.

However,
The almonds did not come to life immediately after they were grown in California, and it took years of research and crossbreeding to help the almonds adapt to their new cooler environment on the coast. By the 1870s, they solved the problem (along with many nuts in the process) and now it’s grown in abundance in the California Valley. 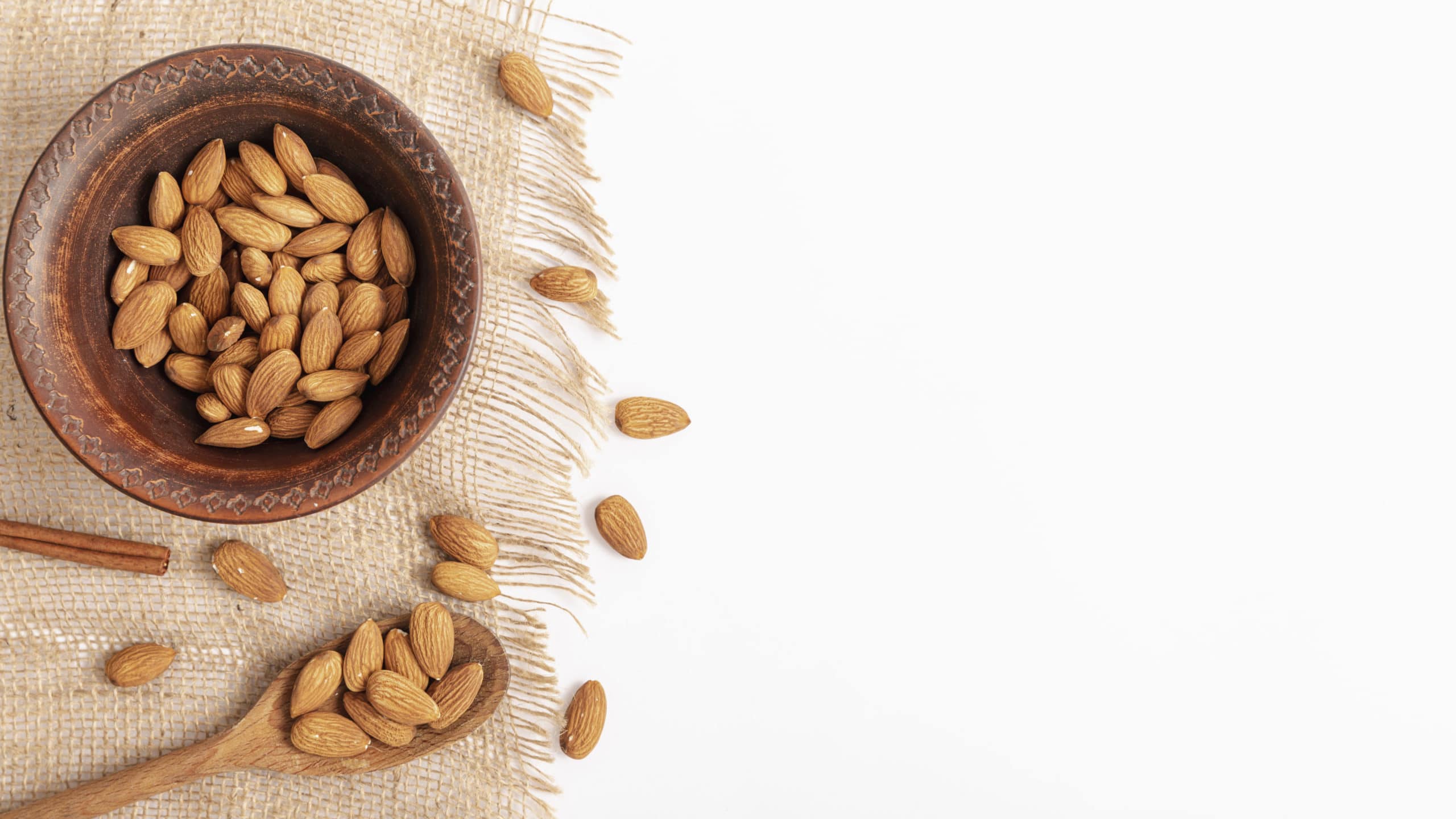 Conditions in which almonds grow

The almond tree is a delicate tree, which unfortunately means that it can be as difficult to grow as much as they are delicious. The trees require hot and dry conditions, as they especially enjoy areas that have long summers with hot, dry, and sunny weather, and thus a long growing season.

However, almond fruits also need a certain amount of coolness (about 200-400 hours a year at temperatures below 45 ° F / 7 ° C) for their buds to open successfully.    This is why almonds do not adapt well to tropical climates. The Almond do not particularly tolerate damp soil and frost, and therefore are well suited to places such as Spain. This is a problem for early flowering almonds, which are particularly vulnerable to frost. Almond loves the sun. Although its fruits tolerate partial shade, they will not flower or bear fruit as if sown in full sunlight.

Although almonds prefer moist soil that is well-drained and deep, it grows in other types of soil, including poor soils, as long as it is not wet or poorly drained, in which almonds cannot grow at all. Conversely, and somewhat counterintuitively, trees need heavy rain (around 500-600 mm or 20-25 inches per year) or irrigation to produce good crops and large-grain acorns, although they will survive with less water. Traditionally, it was not watered in the first place until farmers discovered that the trees responded well to the right amount of water when introduced at the right time.

Almonds especially benefit from additional irrigation in early spring, during summer, and sometimes during the first months of autumn, but sometimes they need more care at the beginning of the growing season, as the start of a very dry season can lead to a significant decrease in production. However, it is important not to water them close to harvest time, with commercial growers stopping watering approximately 3-4 days before harvest. This means it is a bit of a guessing game as it grows, and you have to find the right balance to achieve a good harvest.

Almonds are generally not self-pollinating, so cross-pollination with the second variety is usually required for fruit production.

As a company Invest4Land we have deep expertise and long-term experience in growing almonds in Spain, where our company owns more than 3.5 million square meters of The agricultural lands that we manage for our dear investors in order to return to them with high profits